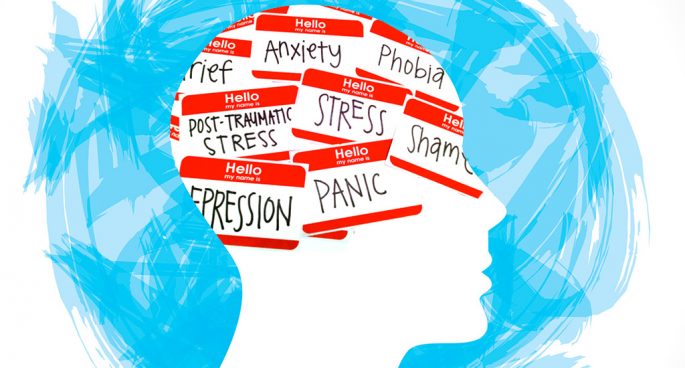 Every pharmaceutical drug that has ever existed, and every natural substance for that matter, comes loaded with secondary events that go alongside health benefits. Specifically, it concerns long-term treatment. BorderHealth experts warn: some drugs should be takes cautiously since they might serious affect brain health. Some drugs that are used to treat the nervous system can cause undesirable effects, such as worsening of cognitive and emotional anxiety. Among these injuries is cognitive and emotional deterioration caused by some psychotropic drugs. But they are not the only drugs with side effects for the brain, many other drugs that we usually use can cause anxiety, stress, loss of memory and concentration, mood changes, and even how we treat others and ourselves. What are these medications? Let’s find it out.

The revelation that the intestine is one of our “second brains” (100 million neurons support this organ) implies that intestinal problems should logically and negatively affect the functioning of the brain. Particularly subtle is the effect of antibiotics on the microflora. Their excessive use can increase our level of stress and as a result, change our behavior.

Medications that cause depression

Some drugs significantly affect our mood, and their reuse can make you feel decay, irritability, aggressiveness. These include:

The list of medications that are suspected to contribute to depression is a mile long. Among them are those used to control nausea and dizziness (antiemetics and cynaricin), anticonvulsants, bronchodilators, some anti-inflammatory drugs, antithyroid drugs, corticosteroids and oral contraceptives. According to the latest research, the long-term effects of statins, anti-asthmatics, drugs for controlling hypertension, and even those struggling with baldness are added to this long list.

Some common antipsychotics can cause brain changes, but memory of all kinds of drugs also affects memory. Here are possible outcomes and what they’re triggered by:

Higher use of anticholinergic drugs, such as antidepressants or those indicated to combat allergies or bladder problems, increase the risk of developing dementia, including Alzheimer’s disease.

This effect cannot be reversible, even if the medication is stopped. The threat continues no matter how many years have passed. Finally, prolonged use of antacids and tranquilizers also increases the risk of developing dementia.

In the recent research, Canadian scientists revealed that Anticholinergic drugs can lead to cognitive impairment and an increased risk of dementia. They negatively affect brain metabolism and cause brain atrophy. In a short term, that means problems with memory, in long term — serious health conditions.

What else affect overall brain functioning?

The following products can appear to be pretty dangerous:

Also, ADR agonists, dopamine receptor agonists, hypertension drugs (beta-blockers), hypnotics (not benzodiazepines), incontinence drugs (anticholinergics) and antihistamines (first-generation drugs) also have a negative effect on memory. As you see, there’s a huge variety of drugs that can affect brain functionality and health. Experts from BorderHealth Canadian Pharmacy recommend searching for natural alternatives and consulting with a doctor before you start a long-term treatment with any of these medications. Take care!